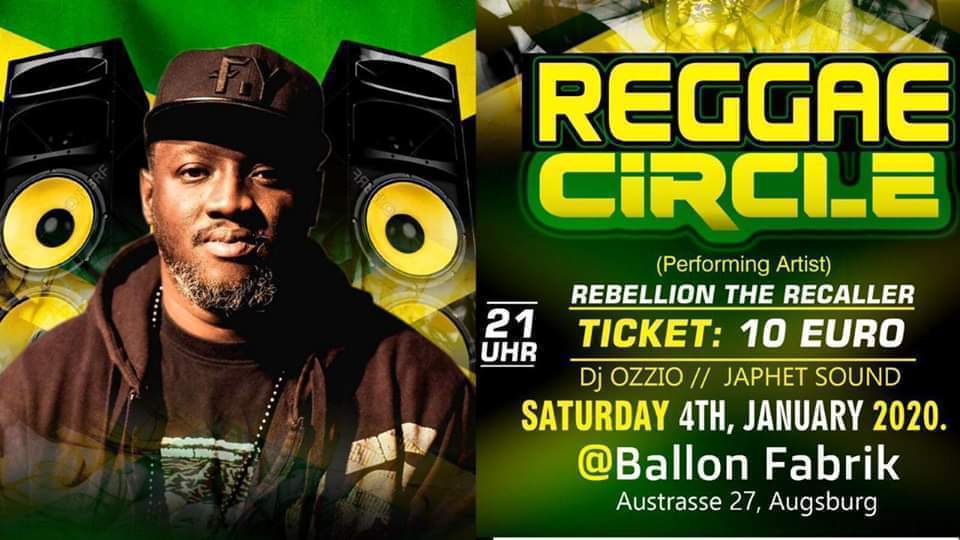 Rebellion the Recaller is the name of the exceptional
reggae singer from The Gambia, Africa, who is exciting
producers and crowds around the world. Rebellion’s
powerful voice combines astonishingly versatile melodies
with the rhythms of his profound lyrics into a unique
style. The music of this deeply spiritual soul is inspired by
a message of understanding, peace and dignity, which
he finds in his faith. The Recaller wants to reach out to
others, touch their heart, and reflect with them. His
fascinating music is a call for humbleness and reason
amidst a world of globalized excess, bloodshed and
confusion. Rebellion descends from the Jahanka, a
West-African tribe that for centuries has been seeking
wisdom and truth above worldly riches. However, he
is also a ghettoyouth, a child of our times and spiritual
warrior in the middle of the concrete jungles from
Banjul to Berlin, from London to Kingston. He dedicates
his music to people of all walks of life and community
all over the world. Through his dedication to music he
aims to break down barrier of Race and Religion and
debating suppositions for a better future for all that
dwell on Earth.

************”**********”*********”*******
His first Hit that mark his carrier for a promising future
and made his voice heard across the nation for the first
time was ONE FOR ONE (praise the mighty one)
recorded in GALANTSTUDIO with the support of his
childhood friends Amadou Jaiteh ,Alhagi Swarth and
his manager and promoter Rock Based (Lamin Dahaba)
from the streets Banjul , Brikama. Kanifing to the world
breaching out the surface. Then came the international hit
, a year later “ WE MUST REBEL“ released 1999 from the
album called “DEPARTING FROM THESE DAYS“ a colla-
boration of „Suns Of Light“ „Majula recordstore“ and the
Gambian label: “INSPIRED ONES“ held by his
personal. The tune was in the Top 10 charts in The
Gambia and Senegal for months thereby making it the
highest selling single a record by a Gambian Artist which
is yet to be broken. After a much anticipated debut
release it spreads like Wildfire through out the rest of
Africa and then to the Western shores of England,
Germany, Norway, Switzerland, the rest of Europe,
Carribean, America and Asia.
We must rebel
We must rebel
We must rebel
Live from tour in America. Seattle 2 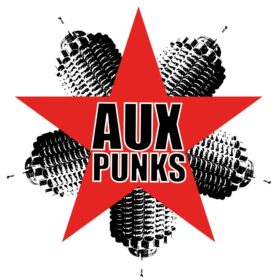